– Kurppa Hosk was selected as they understood the necessity of updating Berghs’ visual identity while honoring the classic identity. Kurppa Hosk has handled this balance sensitively, crafting a new identity that can almost be considered a homage to the original. We are very satisfied with the results and have just started implementing the new identity. The updated identity is simultaneously more edgy, and modern while staying true to our history, says Christopher Waldekrantz, Head of Communication and Creative Director at Berghs.

It is a real honor to be trusted with adapting Berghs’ visual identity for the future, according to Thomas Kurppa, Co-founder and Creative Director at Kurppa Hosk.

– Berghs has since the 40s been a central player within Swedish communications and is considered a creative institution. Many of our own employees have taken their first steps as designers, creatives, account directors and so on at this school, and the project has energized the agency from the outset.

Throughout, Kurppa Hosk has put a lot of effort on ensuring that the update does not lose the visual soul of Berghs:

– We have challenged and modernized without without losing touch with the history – a Berghs where innovation and tradition can meet and create an important platform for future communicators. The previous idea for the design is still strong, and an important part of the new direction, but the demands of new digital media and a wish for increased flexibility gave us clear guidance for our work around updating the identity, says Thomas Kurppa.

The exclamation mark that been such a distinct part of Berghs’ visual identity was also used as a signature element to inform the updated identity. The negative space in the exclamation mark led to the idea of ‘The Space In Between’.

– We continued to develop this blank space, realizing that this is a common theme in all creative processes: the road towards the goal is seldom straight or consistent, and the most interesting discussions or creative ideas often occur in the gap between different concepts and directions. This empty space characterizes the graphic direction and can be found throughout the whole design program.

For the typography the balance between function, dynamics and contrasts have been considered:

– Typographically we have chosen to work with duality and clear contrasts. The serif typeface Reckless is used for headlines only. Inspired by the Renaissance, it creates a contemporary expression through its raised x-height and accentuated endings. The geometric linear Aeonik is used for body copy. It is a true workhorse that adds structure and clarity. Together they create a functional yet dynamic duo, explains Thomas Kurppa.

The fact that Berghs intended to start the new year with moving into a new chapter, and into new spaces helped drive the necessity of refreshing the visual identity:

– By moving into our new building, we have been able to be part of designing the environment, and for that reason the need of an updated identity was further strengthened. A new physical location, in combination with the implementation of our updated identity, makes us feel even more Berghs. It is very exciting for us to be able to continue developing one of the world’s leading schools for communication, says Waldekrantz. 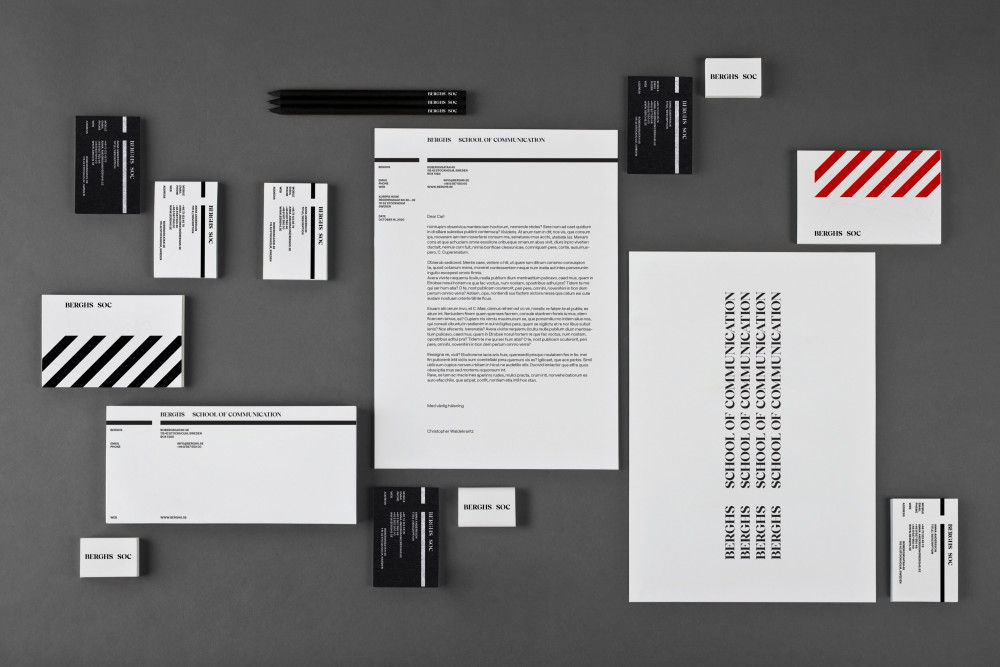 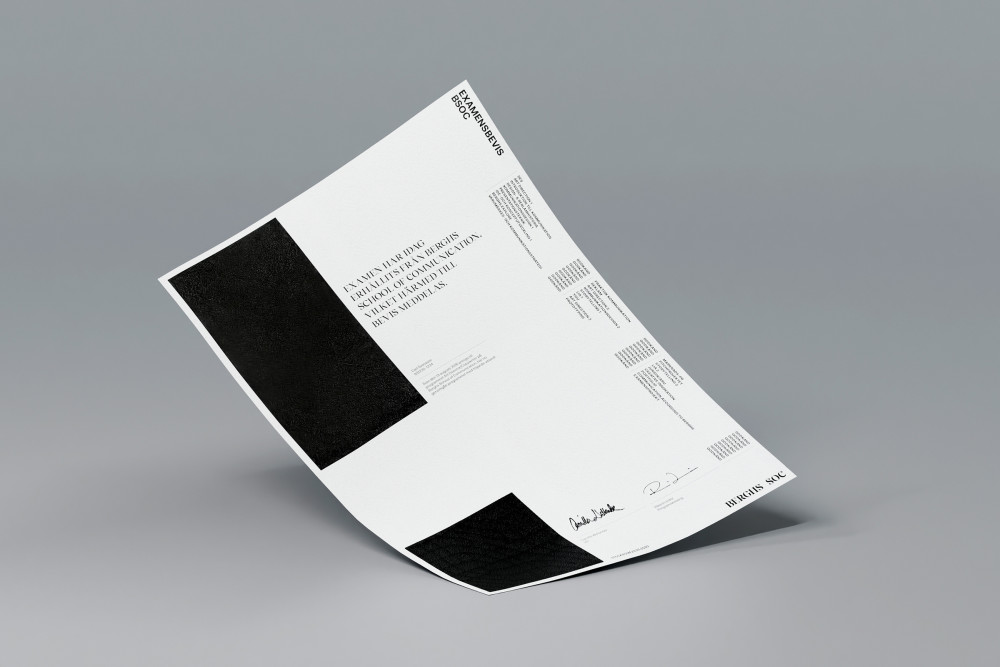 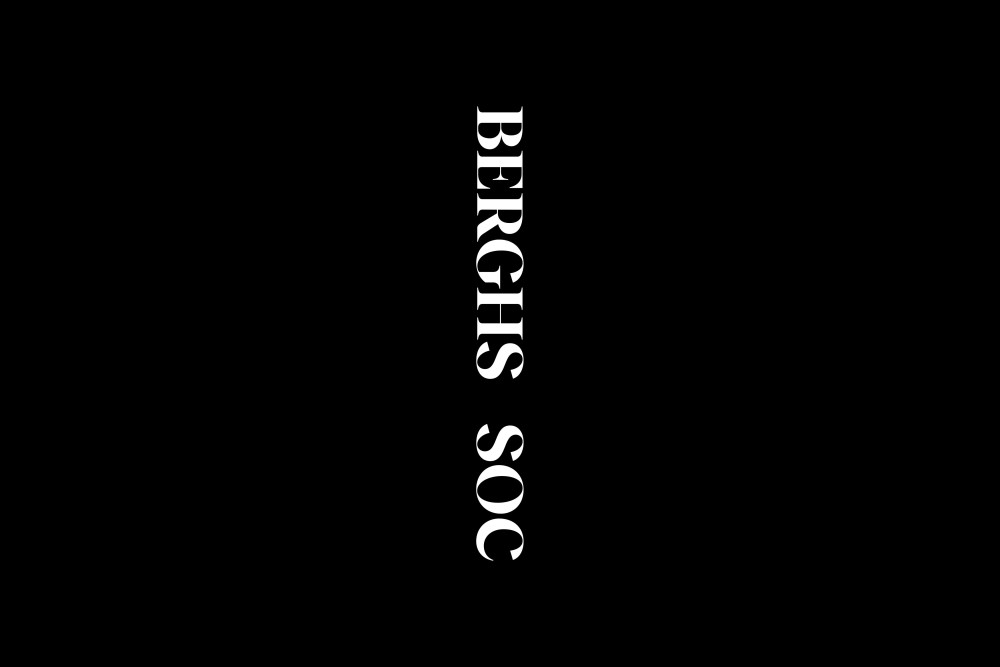 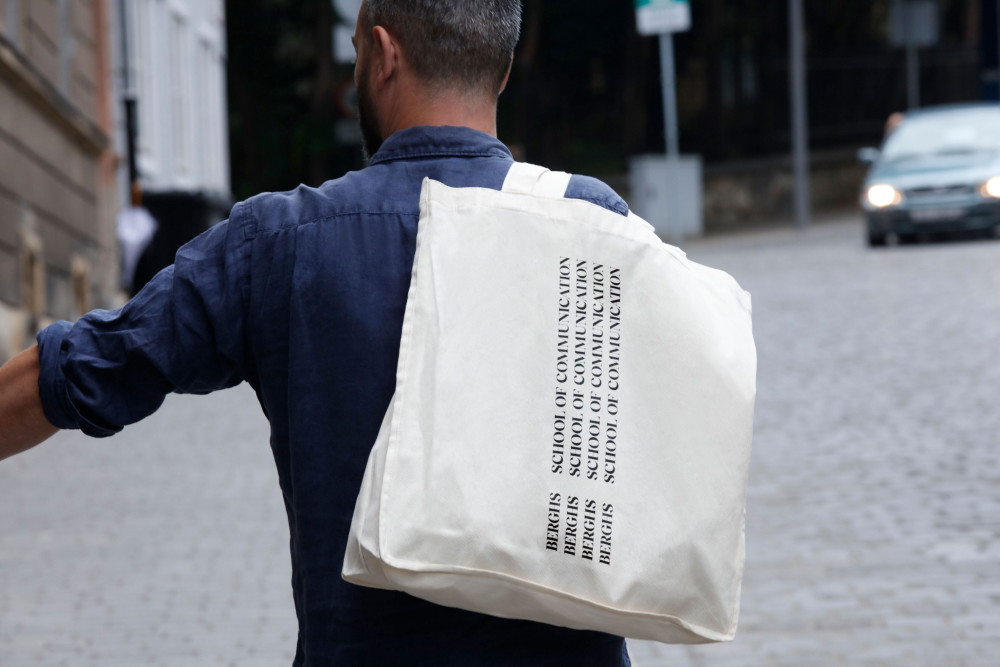